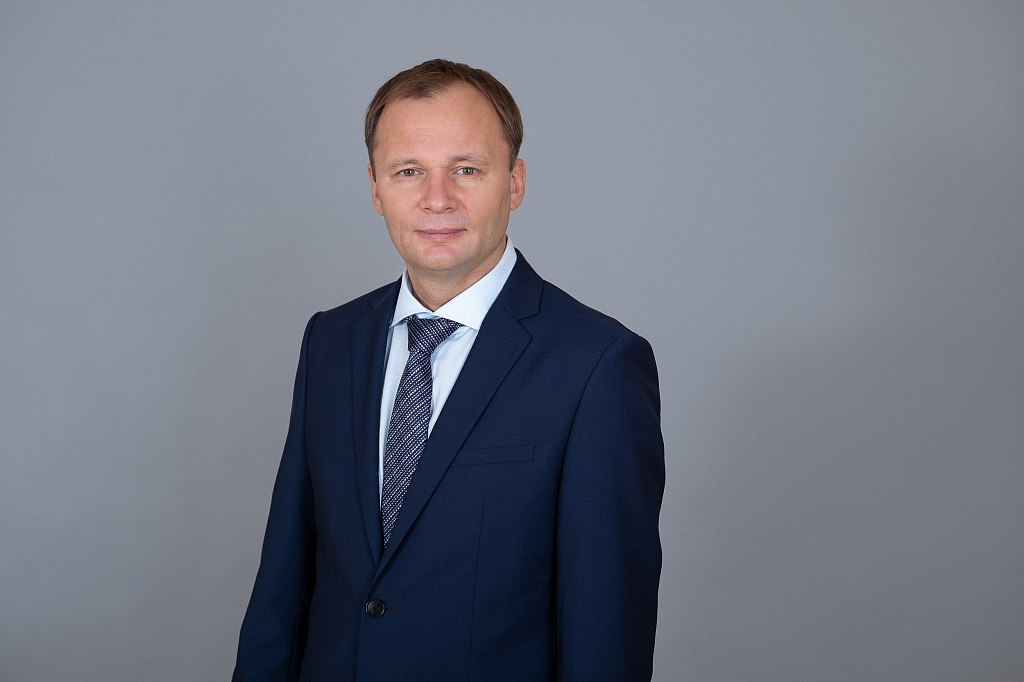 NLMK Group, an international steel company, is pleased to announce the appointment of Dmitry Furmanov as General Director of NLMK Ural, one of the leading manufacturers of square billet, rebar and wire rod in Russia.

Dmitry Furmanov’s appointment is effective September 1, 2018. In addition to managing the company’s operations, in his new capacity Dmitry will be responsible for the further improvement of operational efficiency and execution of the new cycle of NLMK Group’s strategy. In this role Dmitry succeeds Sergey Babiy, who will go on to join the NLMK Production System development project office.

Dmitry Stopkevich, CEO of NLMK Russia Long Products Division that NLMK Ural is part of, said: “I would like to thank Sergey Babiy for his six years of successful leadership at NLMK Ural. Under his direction, the plant succeeded in boosting labour productivity and product quality, and added new steel grades to the product mix. Responding to the decline in the Russian construction segment, NLMK Ural expanded its market presence by entering export markets and started developing new sales channels to reach end consumers. I am confident that Dmitry Furmanov's experience and expertise will contribute to the company’s ongoing growth and further bolster its position in the market.”

NLMK Ural is part of NLMK Group’s Russia Long Division. It is one of the largest manufacturers of concast square billets, rebar and wire rod in Russia. NLMK Ural’s production capacities are close to 2.2 million tonnes of steel and 2 million tonnes of rolled products per year. The company operates three production sites: in Revda (EAF steelmaking), in Nizhniye Sergi and in Beryozovsky (long products manufacturing).

NLMK Group is the largest steelmaker in Russia and one of the most efficient in the world.

NLMK Group’s steel products are used in various industries, from construction and machine building to the manufacturing of power-generation equipment and offshore windmills

NLMK has the most competitive cash cost among global manufacturers and one of the highest profitability levels in the industry. In H1 2018, the Company generated $5.9 billion in revenue and $1.7 billion in EBITDA. Net debt/EBITDA stands at 0.31х. The Company has investment grade credit ratings from S&P, Moody’s and Fitch.

NLMK’s ordinary shares with a 16% free-float are traded on the Moscow Stock Exchange (ticker "NLMK") and its global depositary shares are traded on the London Stock Exchange (ticker "NLMK:LI"). The share capital of the Company is divided into 5,993,227,240 shares with a par value of RUB1. For more details on NLMK shareholder capital, please follow the link.

Join us in social media

This website uses cookies so we can provide you with the best user experience possible. You can find out more about which cookies we use, or switch them off by clicking ‘Settings’. Here, you’ll also find links to Cookie Policy and Privacy Policy, which explain how we process your personal data. Continuing working on our site, only necessary cookies will be installed. Please note that you can withdraw your consent at any time.

Principles, purposes and rules of processing your personal data as well as information on the measures taken for their protection can be found in NLMK’s Policy related to processing and protecting personal data..

Continuing working on our site, only necessary cookies will be installed.

If you don’t agree with the use of such cookies, you can set up your browser to limit or exclude their use. Your browser may provide you with information and control over cookies. You can set your browser to alert you when a cookie is being used, and accept or reject the cookie.